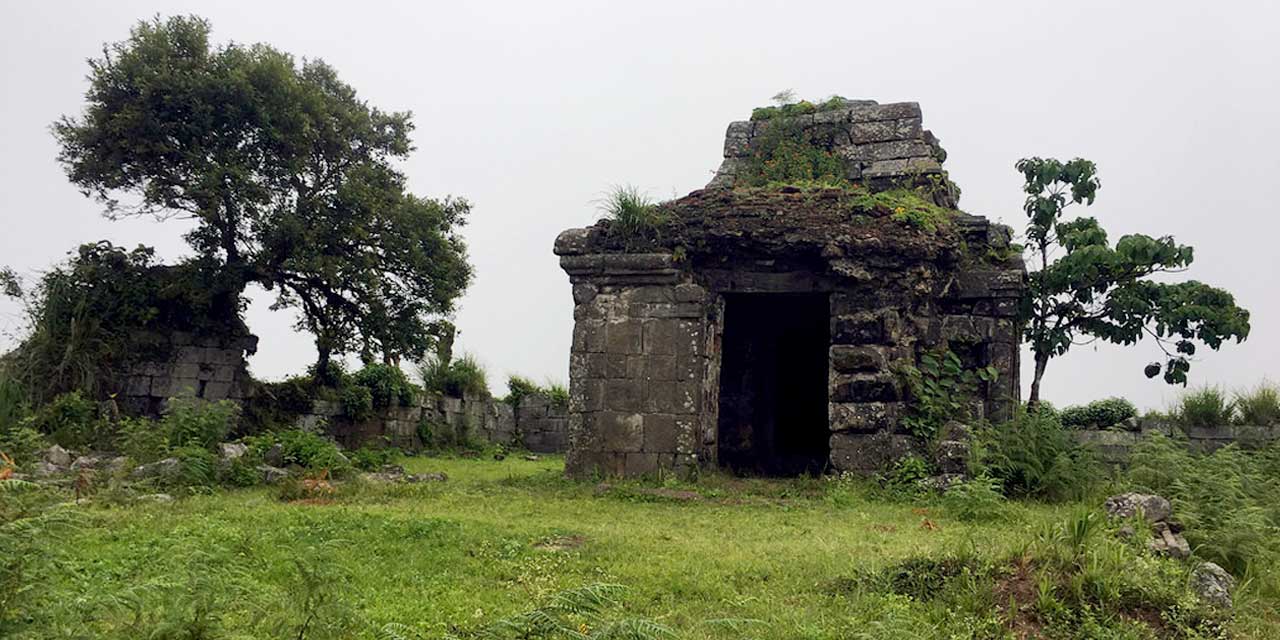 O Mother! Embodiment of Auspiciousness! May there be prosperity

In these trying and uncertain times, connecting or attempting to connect to the Supreme One through one’s inner self is perhaps the soothing balm. And what can be better than music, especially compositions of our Trinity. And personally as I ruminated over the compositions of Muthusvami Dikshita, the one that stuck most aptly in terms of its haunting melody, lyrics and its plaintive appeal was the solitaire “Mangaladevate” in the raga Margadesi, under Mela 15 Malavagaula, a long lost archaic melody, for which this composition is the sole exemplar.

First let us look at the lyrics, before we embark on dissecting the raga.

angaja pura kAla vairi sahitE – O one in the company, the One inimical to (vanquisher of) Manmatha, Tripura and Yama i.e. Lord Shiva

The sahitya as above would show that apart from his colophon, Dikshita has skilfully woven the raga mudra (indirectly– mArgadarsitE) in the composition, while keeping his date as always with the dviteeya akshara prasa (2nd letter consonance). The sahitya clearly is an appeal to the Mother Goddess (Devi), the consort of Lord Shiva seeking her to bestow prosperity and auspiciousness. From a compositional construct perspective, the composition lacks a carana segment but has a pithy and beautiful cittasvara section which we will see when we delve into the musical aspects. The kriti does not bear any stala/ksetra reference and is thus only a generic composition.

A brief note on the raga Margadesi:

It has to be mentioned that save for the Sangita Sampradaya Pradarshini (SSP) no other treatise prior to it mentions this raga. In other words, this raga finds place only in Muddu Venkatamakhin’s Ragalakshanam compendia (dateable to circa 1750 AD) and Dikshita’s kriti being the sole exemplar thereof – an eka-kriti raga. Thus, the SSP, by its commentary of the raga and documentation of Muthusvami Dikshita’s composition becomes the only repository for us in so far as this raga is concerned.

According to the SSP, the raga is placed under the 15th mela taking the notes of R1, G3. M1, P, D1 dropping nishadha altogether. And very oddly it takes M2 (prati madhayama) in its melodic body.

Normally it is seen that under mela 65 (Kalyani) for which M2 is the dominant note M1 is taken as a anya svara via the G3M1R2S motif. Under Mela 15, in SSP we do see that there are number of ragas documented therein, which take the M2 as an anya svara. Margadesi is one such which takes M2. But it is not that straight forward as there is an “interpretative” issue as to when M1 or M2 would occur in the melodic progression of raga. Lets us take up Subbarama Dikshita’s narrative of the raga:

The usage of madhyama note of the sharper variety imparts a haunting tinge to the raga that segues very well with the appeal to Her in the sahitya.

I have to note that this raga is dealt with in the Sangraha Cudamani as Margadesika (dropping madhyama in the ascent) and also further to the fact that there is no composition of Tyagaraja is either forms, I have not dealt with this, in this blog and I have confined myself only to the Margadesi of the SSP here.

Presented first in the close to the SSP rendering sans any embellishment, rendering of the composition along with the cittasvara section, by Vidvan G Ravi Kiran.

Attention is invited to the places where m1 and m2 are rendered. Thus, he renders:

It can be noticed that not all G/DMP combinations are intoned with the sharper prati madhyama, on this rendering. M1 and M2 are used “as needed” alternatingly as an ornamental device.

Presented next is the rendering by the revered Prof S R Janakiraman who prefaces the composition with a raga vinyasa and also sings kalpana svaras, demonstrating the raga can well be delineated competently without any confusion whatsoever.

His erudite lecture demonstration of a raga is always revelatory and its indeed fortuitous that Margadesi was one such covered by him of which a recording is available. Here is a clipping from his Lec-Dem titled ‘Ragas Unique to the Sangeeta Sampradaya Pradarshini’ before the Experts Committee of the Music Academy in the year 2005.

Mark the vivaciousness with which he presents the raga for us, as always. Attention is invited to his point that he makes to the effect that when M1 occurs as an ascent (ascent only) and M2 (via DMP) occur in this raga.

Some reflections on this kriti:

The sangita and sahitya of the compositions, for me stands out in very many ways. When one looks at the sahitya one cannot but appreciate the apparently simple lyrics which actually enjoin a much broader and enigmatic meaning in its conception.

The composition “Mangaladevate” and the raga Margadesi are thus unique as they stand out in many aspects. We have long forgotten the feature of ragas which principally sport the suddha madhyama note and use the pratimadhyama as well, especially under Mela 15. These ragas perhaps had died out even by CE 1800. It was left to the sans egal composer Muthusvami Dikshita to resurrect these long-forgotten ragas which had gone out of vogue.

I have chosen to present this raga in this blog post as I stumbled upon this composition and found it to be both, from the melodic and lyrical perspective so apt and resonating with the present times. The Goddess symbolized by Dikshita in this composition as the very embodiment of auspiciousness ( Mangalam) and the fact that the raga is a long forgotten one, reminded me of the the dilapidated and desolate temple of Goddess Mangaladevi in remote Tamilnadu, though the composition on hand bears no nexus of any sort, with this temple. I have used the photograph of that in the panel above, details of which are in the hyperlink. The haunting use of M2 via the DM2P prayoga imparts an ethereal feel for the raga. Immersing oneself in the beauty of the composition and making the prayer out to Her by learning or rendering this composition will without doubt confer Her benign blessings to one and all.

The renderings used or linked as above in the body of this blog has been made strictly for purposes of education and knowledge under fair use category. The intellectual property therein belongs to the respective artistes and the same cannot be shared or exploited without their consen