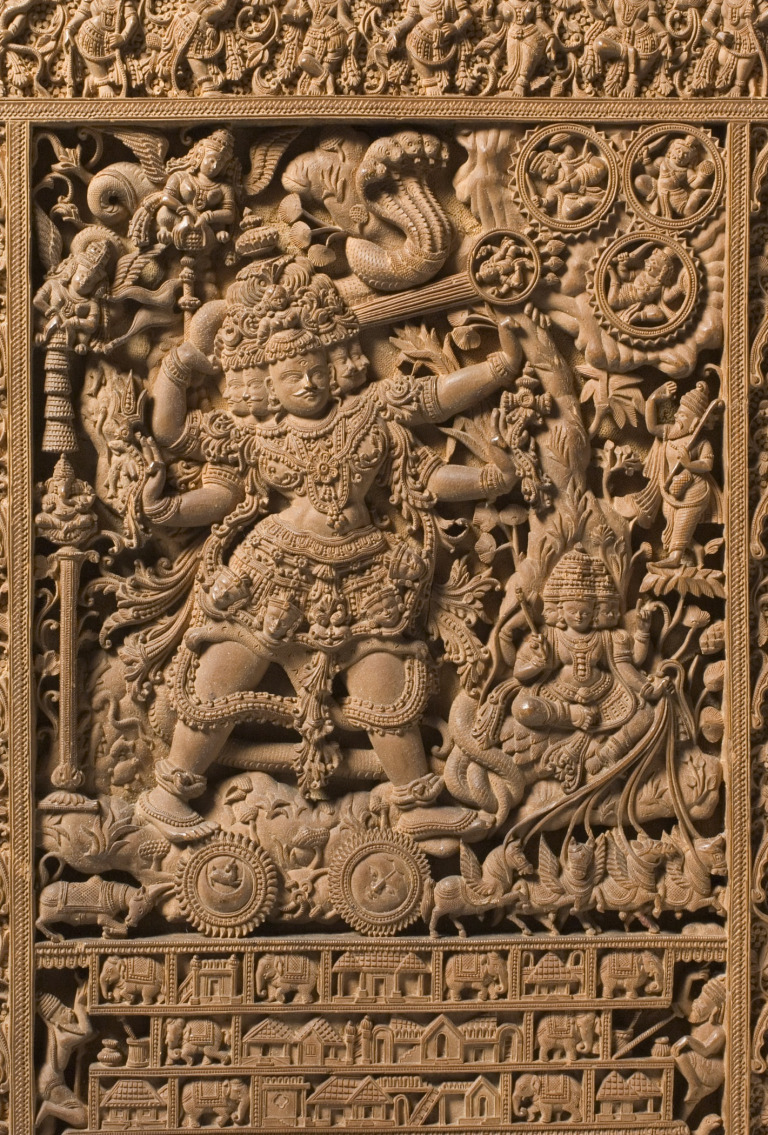 In these times, as one’s thoughts drift off in the world of music, ragas with a haunting or beseeching tonality resonate instantly to us. The raga Margadesi and the composition ‘mangaladevate paradevate” was one such instance as we saw in a previous blog. Yet another instance is the raga Kusumakara which is the raganga raga/ head of the Mela 71, with the heptatonic equivalent being the raga Kosalam. The raga is a melody bearing the notes S R3 G3 M2 P D2 and N3 and having the vivadhi combination R3G3. Let’s jump right away into the raga and the exemplar composition.

The melodic canvas of the raga:

The raga is an outcome of the theoretical derivation of Venkatamakhin (circa 1620AD) himself when he conceptualized the 72 mela scheme by a permutation/combination exercise. But realising that it would just be a theoretical exercise, he stopped short in not naming or cataloguing all of them in his Caturdandi Prakashika (CDP).  It was left to Muddu Venkatamakhin later in circa 1750 AD when he created the “Ragalakshanam” or what we today call as the Anubandha to the CDP, when he proceeded to document every one of the 72 mela ragas and named every one of them. While purva prasiddha ragas like Malavagaula, Sankarabharana or Kalyani were taken and anointed as head of the respective clans/mela vargas, very many “derived” melodies came to be created by him to represent the rest of the melas. Kusumakara is one such derived melody which was invented to represent the 71st Mela carrying the notes S R3 G3 M2 P D2 and N3.

The raga compendium “Ragalakshanam” being a tabulation of ragas, was one of the heirlooms of the Dikshita family with Ramavami Dikshita himself undergoing tutelage under Venkata Vaidyanatha Dikshita a descendant in the lineage of Venkatamakhin/Muddu Venkatamakhin. And duly Muthusvami Dikshita came to inherit the same. Legend has it that Muthusvami Dikshita upon the request of the Tanjore Quartet commenced a project to invest every one of the 72 melas, an exemplar composition, so that they get instantiated with flesh and blood. And his kriti “Kusumakara Sobhita” in the raga Kusumakara is one such solitaire available in this raga, documented in the Sangita Sampradaya Pradarshini (SSP). It has to be mentioned that had it not been for Muthusvami Dikshita, much of the 72 mela raganga ragas derived by Muddu Venkatamakhin would have remained in the manuscripts, consigned to the dustbin of history and long forgotten.

On the authority of the Ragalakshanam, the compendium that he in turn inherited, Subbarama Dikshita provides the nominal arohana – avarohana krama of the raga as under:

Attention is invited to:

hasana jita tripuraM       – the one who vanquished the Tripuras with a mere smile/laugh,

bhasita-uddhULana dharaNaM – the One who bears the sacred ash (sprinkled on his body),

pannaga valaya-AbharaNaM   – the One who has snakes entwining Him as his adornments,

asama-astra garva haraNaM  – the One who vanquished the pride of Manmatha (the one with odd-numbered, i.e. five arrows),

aga rAja sutA ramaNam      – the Lord of Parvati, the daughter of the king of mountains.

Some Notes on the composition:

The composition is replete with a number of lyrical phrases rarely encountered in other compositions of Dikshita.

All these allusions/epithets are unique and not encountered as such in other compositions of Dikshita. The reference to Lord Shiva as the destroyer of Tripura was also seen in an earlier blogpost.

9. The word “abja” signifying an object borne forth from a body of water has been used by him to refer to the moon (as it rises from the ocean or came forth when the Devas churned the Ocean of Milk). Dikshita has again used it to refer to the lotus (which springs forth from water) as in

10. The cittasvara is exquisite, pithily capturing the contours of the raga. Mark the sallies with just the madhyama and the rishabha note for 1 ½ tala avarta therein.

Presented now is a close to the SSP notation rendering of the composition by Vidushi Vijayalakshmi Subramanian, who apart from keeping to the notation, musically extends the composition keeping within the bounds the laid down contours of the raga.

The first sangati of a line of lyric is seen to closely match the SSP notation while she extends the same musically in the subsequent sangatis and as pointed sticking to the raga core detailed in the composition. A couple of points merit further attention:

The kriti reinforces an 18th century raga architectural principle for us once again. A raga should not be a theoretical scale, going simply up and down lineally. Jumps, bends, turns and twists (deviousness) or in other words vakra prayogas are de rigueur to a raga to add novelty and uniqueness to it and the derived melodies such as Kusumakara are no exception. In fact, these ragas are devoid of natural rakti and they cannot be embellished further by gamakas. Therefore, in the absence of such natural rakti due to the scalar nature of the raga/placement of the svaras/inability to impart color by infusing the notes with gamakas it becomes important that deviousness is leveraged to bring in individual color and tone to the raga. By using this key architectural construct of “deviousness”, Dikshita has reinforced and demonstrated that by resorting to this construct these so called scalar ragas can be composed in with felicity. And it is not without reason that he has developed these ragas specially in his shorter form kriti template.

Ragas like Kusumakara may not be amenable to a full-blown exposition on the concert stage or a full blown kriti with an anupallavi and elaborate carana segment, given their lack of rakti or their scalar nature as aforesaid. Dikshita’s shorter format creations can be wedged in between the renderings of the heavier raga compositions taken up for rendering, so as to provide contrast.

The shorter format kritis of Muthusvami Dikshita especially in the rare mela ragas such as Kusumakara are not heard much and certainly deserve greater air time. Hopefully performers will take notice and render them more. And I chose to present the raga and composition as, apart from the regular notes of G3, M2, D2 and N3, the R3G3 combination in conjunction with them imparts a haunting feel resonating with the spirits, thoughts and feelings that one faces these times.

And drawing upon the lyric “hasana jita tripuram‘ which is the reference to the puranic lore of Tripura samharam , I have featured in the blog header the image of Lord Shiva on a chariot with Lord Brahma as charioteer even as He prepares to shoot that fatal arrow at the cities of Tripura along with the sloka from Sivashtakam which refers to him as the possessor of great laughter.